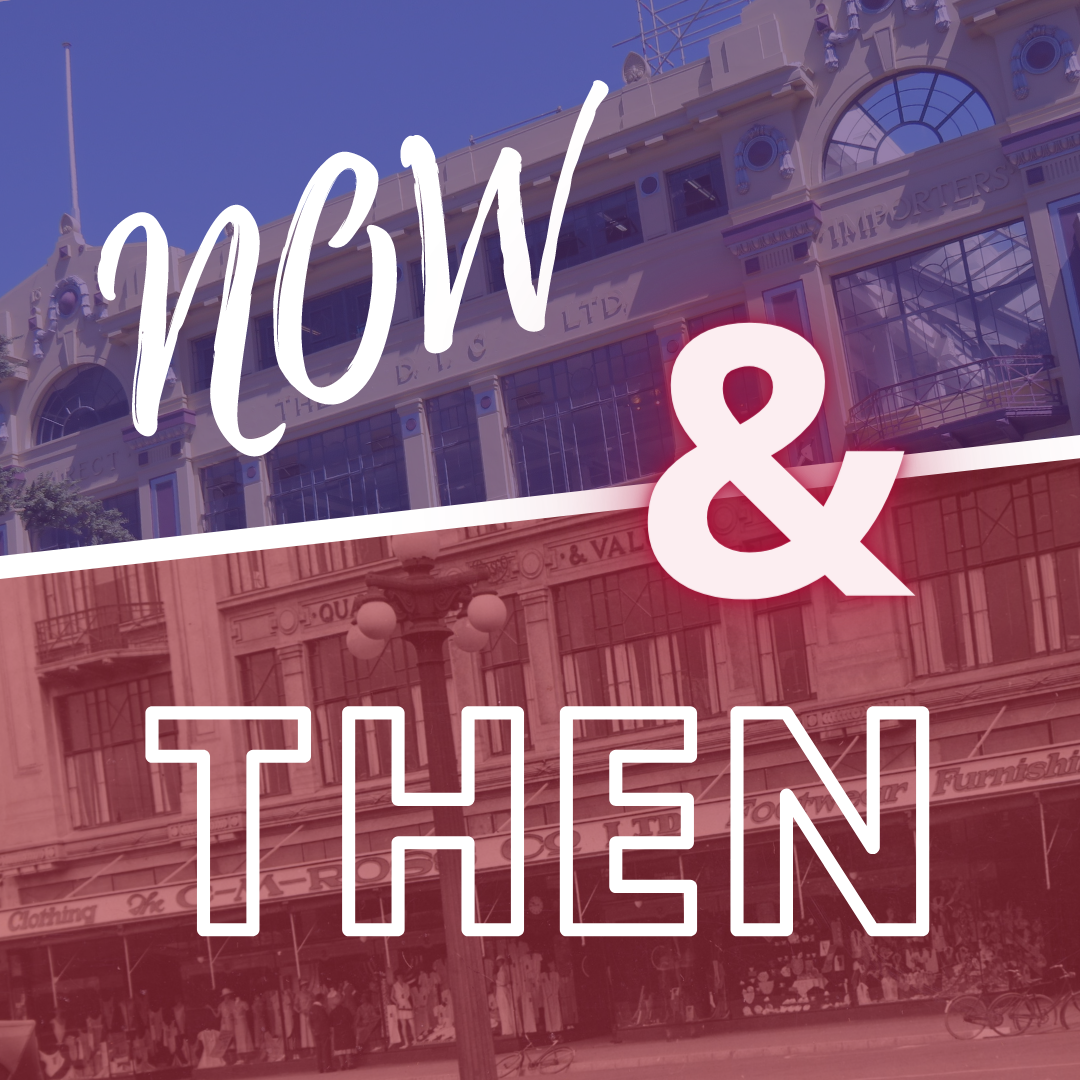 The Hotel Midland operated in Coleman Place from 1928–1965 on the site of the current retail store ‘Trumps’. It was demolished in October 1965, as it was deemed structurally unsound and not able to be economically converted for commercial use. The building was constructed in 1914 as the Everybody’s Theatre and operated until becoming an hotel in 1924. In the early 1960s it was owned by New Zealand Breweries Ltd. See more images of Hotel Midland and Coleman Mall at Manawatū Heritage.