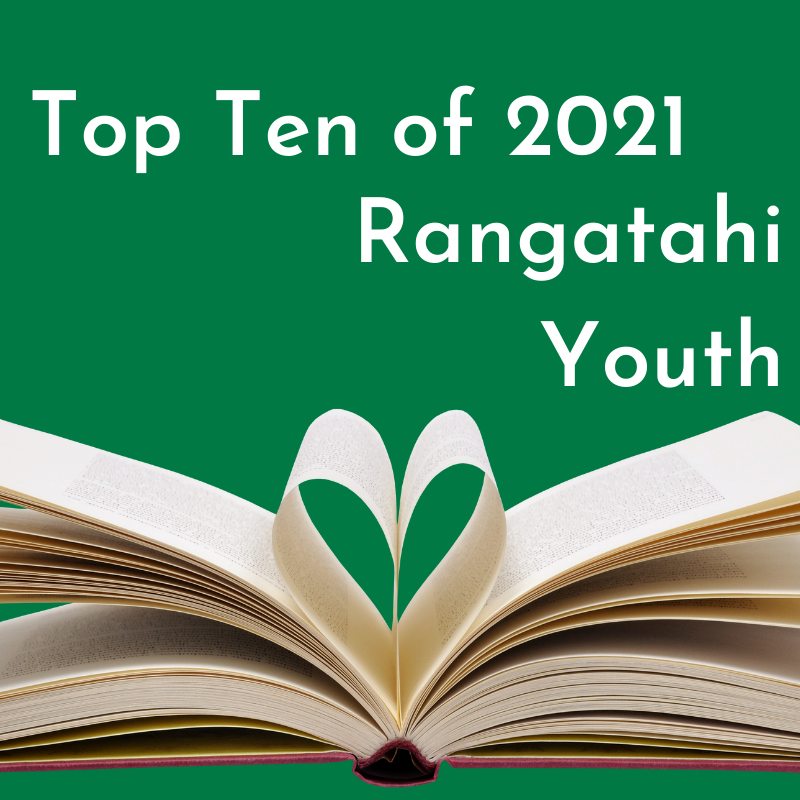 2021 is on its way out, and we’ve been pretending to be Santa by making lists. Only these lists are of the most checked out books of the year.

Everyone’s favourite (and the original) grumpy cat Garfield is very popular with Rangatahi Youth, but who can blame us? His sardonic approach to life and sense of humour is exactly what’s needed to get though a world gripped by a pandemic. Throw in some post-apocalyptic fiction and a bit of fantasy, and we’ve got 2021 wrapped. Here’s the most-checked-out books from our Rangatahi Youth section for the year:

After a family tragedy, Jacob feels compelled to explore an abandoned orphanage on an island off the coast of Wales, discovering disturbing facts about the children who were kept there.

9. Garfield Chickens Out, by Jim Davis.

8. The Hunger Games, by Suzanne Collins.

The nation of Panem, formed from a post-apocalyptic North America, is a country that consists of a wealthy Capitol region surrounded by 12 poorer districts. Early in its history, a rebellion led by a 13th district against the Capitol resulted in its destruction and the creation of an annual televised event known as the Hunger Games.

6. Garfield’s Guide to Everything, by Jim Davis.

3. Garfield Cleans His Plate (his 60th book) by Jim Davis.

2. The Ballad of Songbirds and Snakes, by Suzanne Collins.

Ambition will fuel him. Competition will drive him. But power has its price. It is the morning of the reaping that will kick off the tenth annual Hunger Games. In the Capitol, eighteen-year-old Coriolanus Snow is preparing for his one shot at glory as a mentor in the Games.

1. The Maze Runner, by James Dashner.

When the doors of the lift crank open, the only thing Thomas remembers is his first name. But he’s not alone.

He’s surrounded by boys who welcome him to the Glade – a walled encampment at the centre of a bizarre and terrible stone maze. Like Thomas, the Gladers don’t know why or how they came to be there – or what’s happened to the world outside.

If any of these books catch your fancy, you can click on the linked title to go to our website, which will then show all of the formats of this book. Many of our books are available in a digital format as well as a physical book, so even if the physical book is on loan, you’re away on holiday or the Library is closed for the festive season, you can still get or reserve a copy for the hottest books your Library has on offer.